Our goal is to exceed your expectations. Successful private investigations do not happen by accident. They are the result of a talented team of professionals working together and utilizing the appropriate tools. 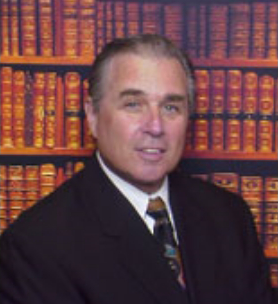 After joining the NYPD in 1968, Sonne left the uniformed service in 1972, and was assigned to the NYPD’s Narcotics Division where he worked both as an undercover and a field investigator.

During the next 18 years Sonne was assigned to investigate Terrorist Groups, Sex Crimes in Queens, and subsequently to the Queens Detective Task Force, the 108 and 110 Precinct Detective Units, the Special Investigations Division as a Polygraph Examiner, and finally returning to the 108 Precinct where he finished his career investigating Homicides and developing an intelligence file on Korean Gangs.

Sonne, is a recipient of the Combat Cross, the NYPD’s second highest award “granted to members of the service who, having received “Honorable Mention” awards, successfully and intelligently performed an act of extraordinary heroism while engaged in personal combat with an armed adversary under circumstances of imminent personal hazard to life.” He has also received numerous other medals and awards for excellent and meritorious police work, and is a member of the NYPD’s Honor Legion.

Since retiring from the NYPD in 1989, Sonne founded and remains president of two private investigation agencies; Pinnacle Protective Services, Inc. in New York, and Sun State Investigative Services in Florida. He was also the founder and first president of the United States Association of Professional Investigators, www.usapi.org

As a private investigator, Sonne has gained worldwide recognition in the areas of product liability and insurance defense, representing such clients as Ford Motor Company, Volkswagen Group of America, Mercedes Benz, Electric Insurance Company, and many others, including some of Americas leading law firms and Third Party Administrators.

Sonne is a Certified Protection Professional (CPP) through ASIS, and a Certified Legal Investigator (CLI) through NALI. He was the Associate Editor-Law Enforcement at PI Magazine as well as a contributing author for Officer.com

Sonne’s book “Criminal Investigations for the Professional Investigator” is published by Taylor&Francis/CRC Press.

The Mission of Sun State Investigative Services, Inc., is to serve our clients in the area of investigative, security, and consulting services. We recognize that our existance and continued growth are based upon our integrity, work product, and ethical relationships with our clients and we will strive to meet these objectives.

Our GOAL is to provided Superior performance, which means:

We will deliver the highest quality services, which address the needs of our clients.Our dealings with our clients, employees, other professionals, and the subjects of our investigations will be marked by dignity, fairness and respect.

We will maintain high levels of productivity and efficiency and constantly strive to improve our investigative and consulting services.

Our investigators will comply with the laws of the various states in which we operate, and we will never place our clients in jeopardy of criminal actions.

In an effort to protect and enhance the standards of our industry, we have adopted this code of ethics which reflect our moral and philosophical beliefs so that our clients and the general public can be assured that certain guidelines will be followed in all investigations:
Go to Top